Welcome to the Negative Review site

This website is the place to objectively say what you think, go ahead, vent about good writers doing sloppy work for example. . Comment or write a review on whatever the author or director or other failed.
Things like Movies,books,TV series,manga,anime.
Things like a poorly done plot,contrived situations etcetera etcetera.
Writing stories to get enough words to make a buck rather than putting the quality of the story first.
Things like that.
Pretty anything much goes. Negative can be a bad word but should good writers get praised for lousy writing?
To the contrary a negative review for them is deserved and a negative review they will get.

The odd swear word to make an emphatic point is fine,continued foul language is not.
As you can see it's the first day of my first blog.
Really there is only one hardcore rule: Offload your entertainment Negativity here.

Link for Asian movies and dramas to negaview

A good place to find above to Nega-review
Posted by Tervvo at 2:42 PM No comments:

Email ThisBlogThis!Share to TwitterShare to FacebookShare to Pinterest
Labels: linker

Author let you down? Any author review

Posted by Tervvo at 2:24 PM No comments:

Any TV series review: Lets hear some critical criticism about that TV show.

Posted by Tervvo at 2:19 PM No comments:

Movie reviews
Posted by Tervvo at 2:17 PM No comments:

Any book review: Whats bad about that book?
Posted by Tervvo at 2:15 PM No comments:

If it wasn't for the dark underlying plot,this book would be a slapstick comedy.
Special Agent Pendergast loses at every turn,mental challenges,precautions,confrontations,gun fights, you name it.
The tense situations were too convenient and contrived.
For instance, just as he was about to win a gun fight a deer came out and gored him, so he lost.

The book is named Cold Vengeance ,what vengeance? He looked for his wife who disappeared  over a decade before and there was nothing in the book even related to vengeance.
Mind you he was pretty cold when he was soaked in the swamp in winter so there was a little cold.
The title was a marketing ploy.

The ending once his enemy became his ally was so predictable, a child could have written it and nobody would know the difference.
Pardon me, after the deer goring everything was predictable.
It was all about high production word creation.
It should have been called the Pendergast  Bimbofication Vacation.

If you need to read it, get it at your neighbourhood library.
The closest one, you shouldn't spend much time or money on gasoline if you want it to be worth it. 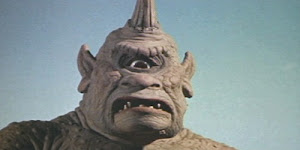 Fair and objective Negative reviews since 08/11/11

Tervvo
I'm a Building manager,I do my own repairs,keep busy working, reading planting and so on.